57North Hacklab is a small hackerspace in the north-east of Scotland, in the city of Aberdeen [writes Tom Jones]. It started up in 2013, when a group wanted to do something hackerspace-like, and we quickly found office space in the centre of the city.

57North is now on its third iteration, moving this autumn from the basement of a gaming cafe to some unused space in a commercial office building.

We offer a space for members and visitors to talk about technology, and access tools and components to make projects possible. The space has a large selection of tools, such as several 3D printers, and a laser cutter (though in our current location, not a lot of space for really messy activities).

Both tools and equipment are free for anyone to use, and you can just drop by. We have an open night every week on Tuesday, and this acts as the main meeting night for the space. We also have a large stock of components generated by members buying excess parts when working on their own projects.

These components are made available for everyone, as we would much prefer you were able to finish your project today and if we have to look after some extra cool components to do it, all the better. 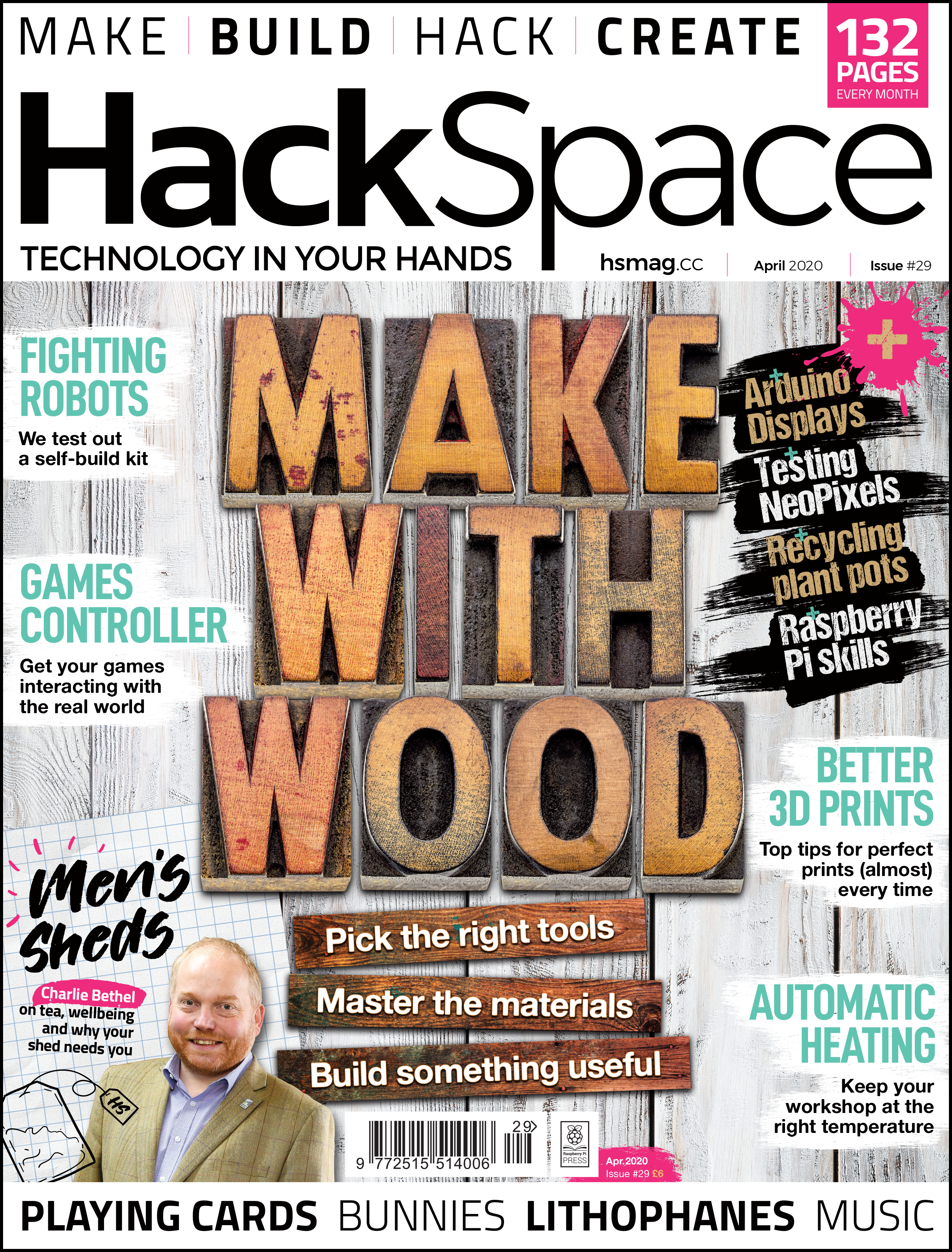 We are a space built and driven by our members, and a lot of our activity comes from their interests. MS0SCZ is a radio club growing within the Hacklab, with a wide selection of cool radio projects. The club does basic voice operations, and is expanding into performing data mode operations radio, on both HF and VHF. There is an effort now in the Hacklab club to help others get their licences in a modern, friendly environment.

The Hacklab has a lot of open-source activity, with developers for the FreeBSD and Debian operating systems amongst its ranks. Some open-source work tends to trigger more work – the members involved in open-source projects are eager to leverage their local network to get help with problems. A member of the Hacklab, who is a radio amateur, recently started the HamBSD (hambsd.org) project to build an open- source, well-designed and written APRS network stack.

We like blinkenlights! Our previous space had an entirely home assistant-driven lighting system that integrated with commercial lights, as well as lights made by members from microcontrollers and LED strips. Our current space is getting an entirely new lighting system.

The workshops introduce people to collecting their own air quality data through building sensors to deploy in their own homes/workplaces. The project uses off-the-shelf microcontrollers and sensors with open firmware.

We are small, but have taken it on ourselves to represent Scotland at various hacker conferences, camps, and festivals around the world. If you are at an event, it might be worth searching to see if the Scottish Consulate has a presence. You should drop by if you are up in Aberdeen, or come and find us at Chaos Computer Club events in Germany, or at EMF Camp in 2020.