We’re all familiar with the environmental mantra reduce, reuse, recycle, yet our seas and landfill are crammed with more packaging and plastic than ever before. Ocean Conservancy, which campaigns for trash-free seas, warns that we are just not doing enough to tackle plastic pollution. Uncollected plastic bottles that could easily be recycled account for the greatest amount of such pollution, so focusing on improving how much is collected could have a significant impact. Nonetheless, recycling is the least desirable of the aforementioned three Rs: reducing the amount of plastic we produce in the first place, and reusing plastic items wherever possible do far more good. The clear plastic that water bottles are made from (polyethylene terephthalate or PET) was first manufactured by DuPont in 1921 as a textiles manufacturing by-product, with the convenient drinks container version of PET debuting 20 years later. Its water bottle guise now accounts for 30% of all PET and polyester produced each year. Unfortunately, discarded drinks bottles account for a similar proportion of non-biodegradable waste.

Plastic milk bottles are among the easiest and most commonly recycled items of domestic plastic, partly because the dairy industry specifies design similarities and has a unified approach to reclaiming and recycling plastic. In the UK, bottles are made from food-grade HDPE (high-density polyethylene) and are stamped with the number 2 to show they are both recyclable and are partially made from recycled material. In fact, up to 40% of a milk carton is made from recycled plastic. It’s not quite a closed loop, though: because they are made from coloured plastic, milk bottles can be recycled into other items, but not new milk bottles.

When it comes to recycling projects, the white plastic also rules out some – but not all – ideas in which light is intended to permeate/penetrate through groups of bottles. However, lanterns and lampshades with pieces artfully cut out can work well. Since milk bottles are made from noticeably thinner plastic than many food-grade storage products, it is easier to manipulate, mould, and cut. This means there’s a greater range of upcycling projects it can be used for – from decorative finishes on a child’s fancy dress outfit to the centrepiece of an eco home. 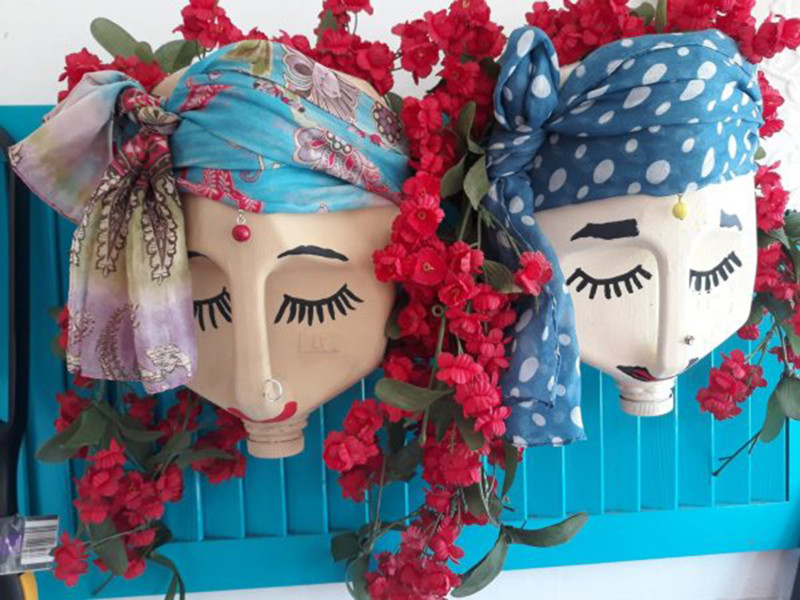 One of the most straightforward ways to reuse one-pint plastic bottles is as receptacles for herbs or other small plants. Drill circular holes for several along the length of a shelf, or place them at the edge of a garden bed as an easy herb garden. Larger-capacity bottles lend themselves to more decorative uses, such as showing off your beautiful trailing blooms. The CraftBits version shown here, with the trailing plants resembling tresses, is one of many such examples you’ll find online.

To make your own, first cut off the base. Invert your plastic milk or juice carton and note how, with the handle facing you, it looks a little like a nose. Squint a bit to see whether your bottle is calling out to be made over as Frida Kahlo, Amy Winehouse, or another iconic lady, then accentuate the carton’s face-like qualities by applying some brightly coloured paints and any accessories that seem to fit. Once the paint has dried, pierce holes near the top of the cut-off container to string up your planter, and then add soil and pot your plant. 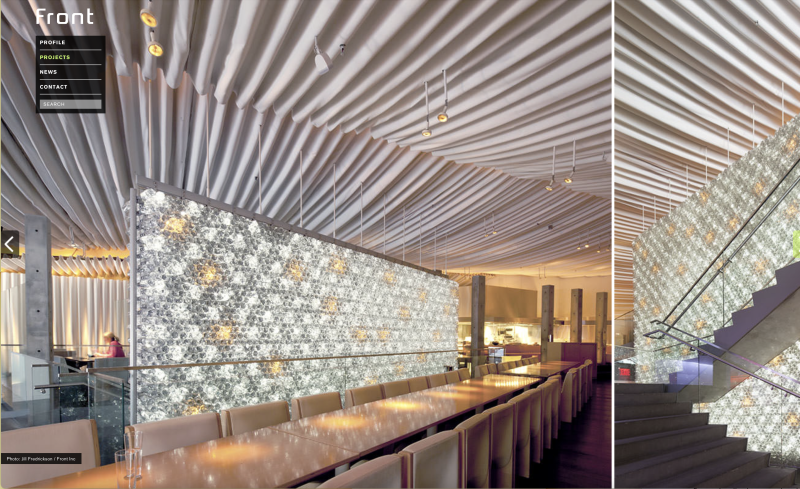 Made from discarded plastic bottles, these mostly take the form of walls filled with earth and ‘windows’ glued together but left unfilled. The now-defunct Morimoto Restaurant in New York was a celebrated example – so much so that its eco wall was its unique selling point. The backlit two-storey PET water bottle wall formed a visual link between the restaurant’s two levels and was held in place with the help of a steel frame from which the bottles were suspended, plus steel rods that helped keep the plastic bottle wall’s form. The particular brand of spring-water bottles was chosen specifically for their curves, distinctive bases – the parts on show – and the visual effects that could be achieved.

Websites such as insteading.com and permaculture.co.uk offer insights into some of the ways that plastic bottles can be used for more practical wall-building projects, including vertical vegetable gardens. 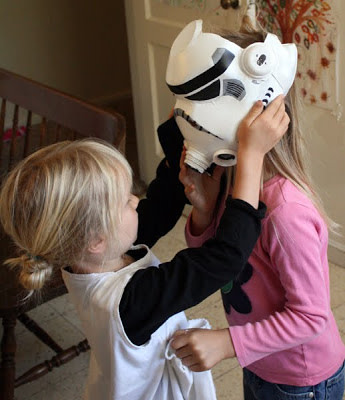 You’ll need two gallon-size plastic milk bottles for this project, which means a fair intake of cow juice, but your resident primary age Star Wars fan will appreciate the results. The white plastic lends itself nicely to this design, and can easily be cut to shape using a craft knife or kitchen scissors. You’ll need to measure your stormtrooper’s head to get the measurements right before painting and embellishing the helmet.

Cut away the base and most of the sides of one plastic bottle for the horizontal part of the helmet that will frame the face. Then use a semicircular piece from the upper part of the second bottle, plus a disc for the top. Glue the three pieces together at right angles to each other, then check the sizing on your model’s head so you can work out where to place the eyes. There’s every chance the decorations you add will disguise these once the helmet is being worn. Use photos of Star Wars stormtroopers as a guide to how to decorate the helmet’s exterior, and dress your child to fit the space combat theme. 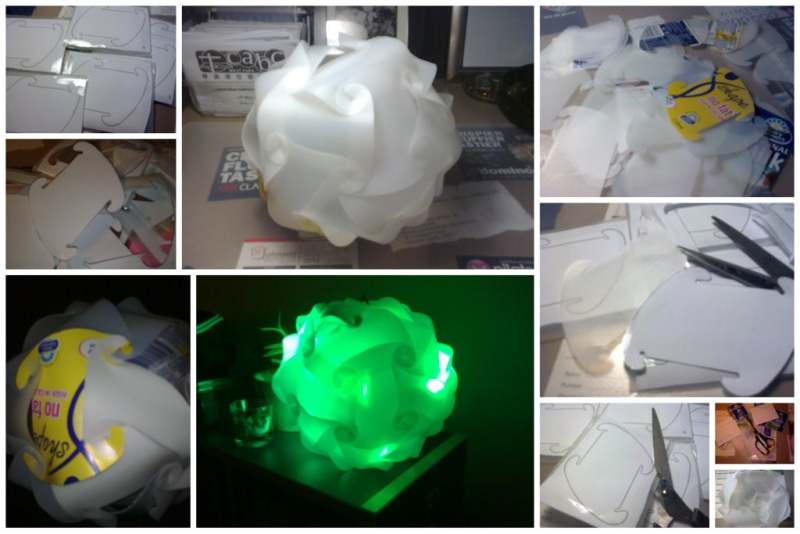 This IQ Lamp Instructable came about after maker Edwardo had seen similar such projects using other materials, and decided to experiment with reusing milk bottle plastic to build his own after realising that a similar one bought online was less robust plastic than he’d hoped.

Using roughly 15 two-litre milk bottles and some LEDs, such as those used for Christmas decorations, he was able to come up with a template for his own upcycled illumination. He printed out the lamp’s 30 interlocking pieces templates on paper, cut them out and, using sticky tape, stuck them to the plastic (since marker pen ink is often repelled by plastic) to ensure accurate shapes. A sturdy pair of scissors was strong enough to cut through the plastic. Since the LEDs are low-power and generate little heat, they’re safe enough to use as the light source, even wrapped around a stress ball, as in this project.

An optional colour-changing keyring can also be used, but since Edwardo published his Instructable, colour-changing LED string lights have become readily available. Punch holes for the plate hooks that keep the lamp’s plastic form in place, and string it up in place. 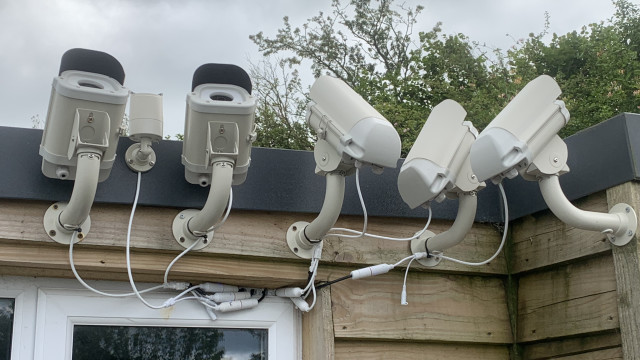 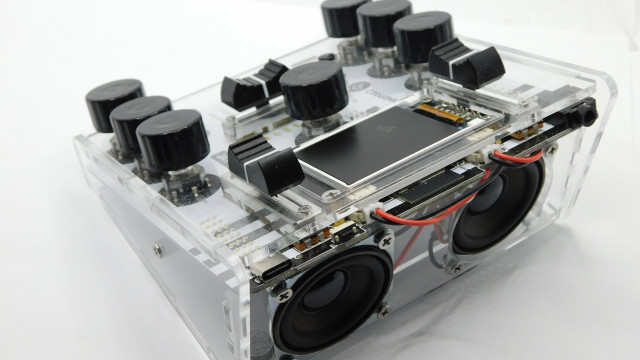 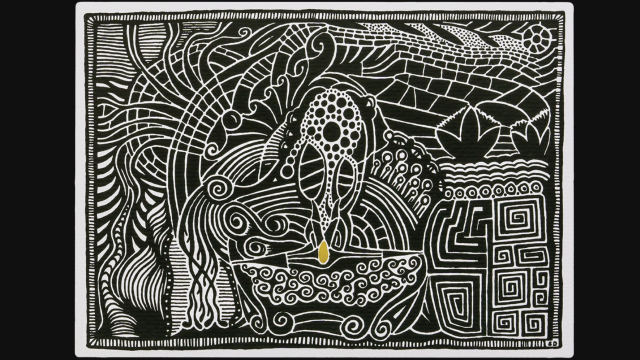 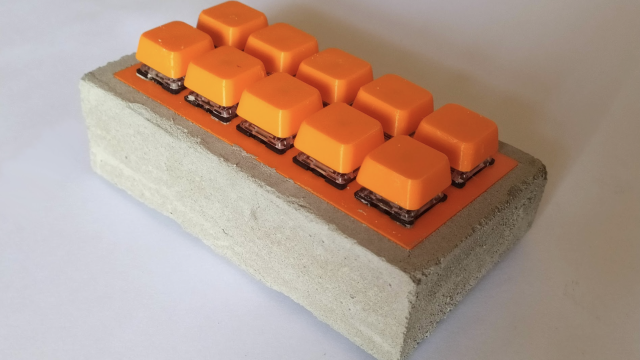 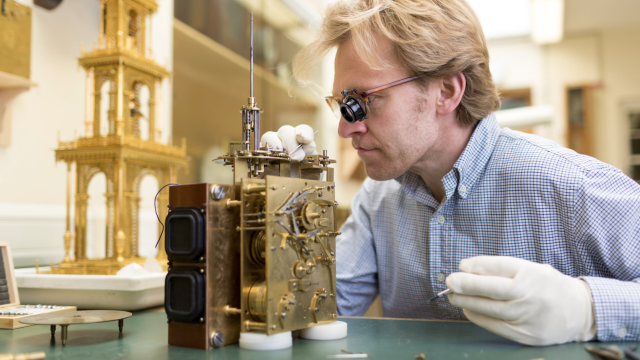 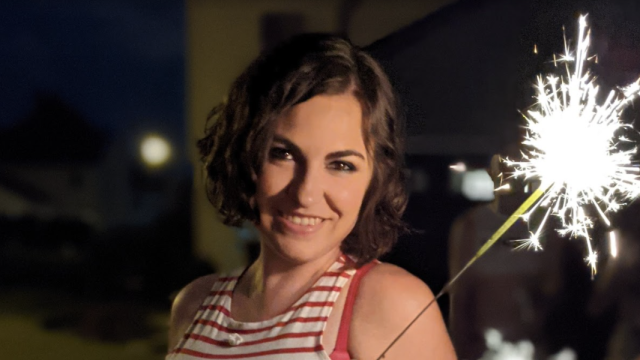