For many makers, the first power tool they purchase is a drill. It’s a versatile thing, which lets you make holes, helps you screw things in, and even supports a number of other attachments (such as brush heads) to make a whole bunch of different tasks that little bit easier.

Despite the popular quote that ‘no one wants a drill – what they want is the hole’, we’re almost certain that most new makers do in fact want a drill, even if only to pretend they’re James Bond for a few minutes, before using it to put up shelves (or is that just us?).

And for some, the humble power drill is enough. But for others, there comes a time when they need something a little more substantial. Maybe they need more power, holes of accurate and repeatable depth, or to make holes using larger Forstner bits than their power drill can handle. For these, a pillar drill (or drill- press) is often on the cards.

Your humble reviewer was in the position of buying a pillar drill earlier in the year, looking at a number of manufacturers who all offered very similar-looking machines (almost certainly all clones of each other, with minor tweaks here and there), until he came across the Bosch PBD 40.

It was clear that Bosch had reinvented the pillar drill, as their offering is different from the competition in a number of ways.

For example, anyone unfamiliar with pillar drills won’t know the hassle associated with changing the speed of the drill, a process that involves removing a cover and manually adjusting one or more belts across the spindles linking the motor to the drill bit.

This is vital to getting good results, as different materials and drill bit sizes require different speeds for efficient use. For example, a large-diameter Forstner bit will need to be driven more slowly to avoid burning the wood.

The PBD 40 makes this job as simple as turning a dial on the front of the machine, letting you adjust the speed while the machine is running, something you can’t do on other pillar drills.

It has two gears, which are easy to switch between via a lever on the side of the unit, with the 710-watt motor supporting speeds from 200 rpm right up to 2500 rpm, and a constant electronic control system ensuring a consistent drill speed, even when used on hard materials.

Another useful feature is a millimetre-accurate read-out of drilling depth. A button lets you set the zero value (i.e. the point at which the tip of your drill bit touches the material being drilled), and the display shows how far in either direction the tip travels as it moves up and down.

This is great if you know you need to drill holes to an exact depth, which you can either eyeball by watching the display, or set the built- in stop-block for the desired depth. 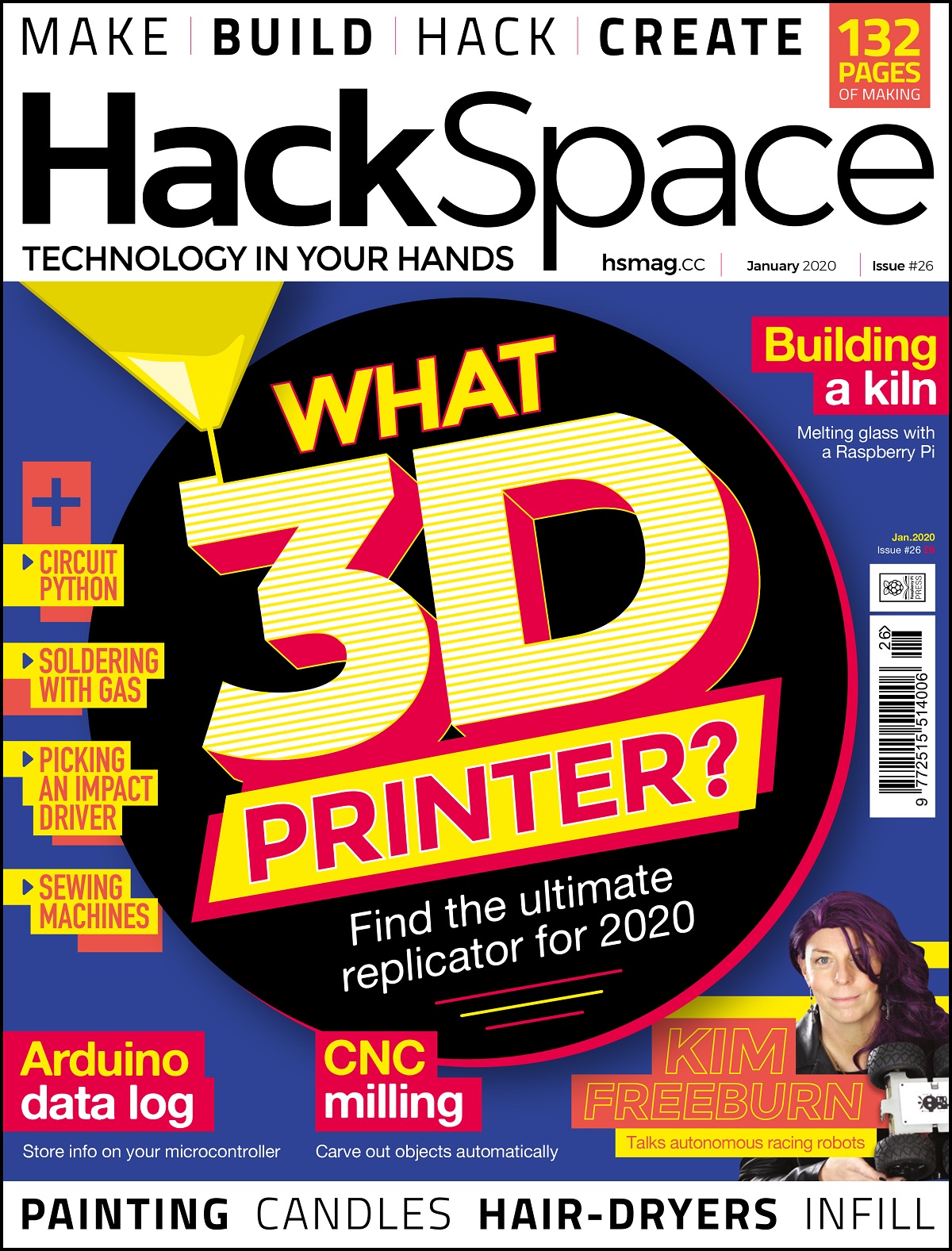 Talking of depth, the maximum distance from the baseplate to the bottom of the keyless chuck is 28 cm, which can be adjusted to a minimum of 9 cm, with the maximum travel when in use also being 9 cm.

Unlike other pillar drills, the baseplate doesn’t move – instead, a fixing towards the rear lets you slide the whole upper unit up and down the shaft via the wheel on the side, which is then locked off, letting you use the same wheel to depress the drill when in use.

A side effect of the baseplate not being adjustable is you’re unable to change the angle. This might be a deal breaker for some, but hasn’t hindered our use thus far, and should we ever require an angled hole, it should be easy enough to rig up a homemade jig to sit on the baseplate.

What’s lost from an adjustable baseplate is compensated for by the built-in clamp and adjustable parallel guide fence. The clamp is a little fiddly to use, but as it’s attached directly to the shaft, it’s sturdy, and there’s no fear that you’ll put it down and... darn it, where did it go?

Other features include an emergency stop located on the front of the unit (something sorely missing from almost every other pillar drill we looked at), a laser cross-hair to help you find centre, and a light to illuminate your working area, all of which is packed into a machine that weighs just over 11 kg, and sits inside a footprint of 33×35 cm, with a total height of 65 cm, meaning you could potentially store it away when not in use.

We’re very impressed with the machine, which, despite having an official maximum drilling diameter of 40 mm in wood, was more than capable of drilling a 90 mm Forstner bit into hard oak (but always take care when pushing a machien beyond its stated limits).